You are here: Home1 / Clinical Advisory Board

Experience
Mike, a founder Director of Surgical Innovations Ltd, became Non-executive Clinical Director in October 2007. He is an
Emeritus Prof of Surgery at the University of Leeds, and practices as a Consultant Surgeon at the Nuffield Hospital, Leeds. He has carried out research and development of laparoscopic surgery and has demonstrated operative techniques in many countries. He is past President of the Association of Laparoscopic Surgeons of Great Britain and Ireland and was also Tutor in MIS at the Royal College of Surgeons and Director of the Leeds Institute for Minimally Invasive Therapy.

Other appointments
Mike’s past roles include President of the Pancreatic Society of Great Britain and Ireland and Chairman of the Education
Committee of the European Association of Endoscopic Surgery. He is a Non-executive Director of Cipher Surgical Limited.

Philippe qualified from the Medical School in Nancy and then qualified from Poitiers in general surgery in 1986 and urology in 1989. He is now a consultant at King’s College Hospital in London, Honorary Professor of Urology at The Beijing Hospital and Honorary Consultant Laparoscopist at Guy’s Hospital and University College of London Hospital.

Philippe has been teaching and mentoring radical prostatectomy in 40 centres for the past three years. He is currently a course director for laparoscopic skills (BAUS, China, RCS, UCLH, ESI) and is an adviser to the Royal College of Surgeons for laparoscopic skills courses. He is an adviser on the board of the International Society of Cryosurgery.

Marco is a Consultant Surgeon and Bariatric Surgery Lead at the prestigious University College London Hospital (UCLH) where he has worked since 2007. He graduated in 1995 with full marks and honours in Palermo, Italy, and also completed his training in general surgery at the same university.

He has been living in the United Kingdom since 2000, dedicating his activity to advanced laparoscopic surgery and laparoscopic bariatric (obesity) surgery. He was awarded an MD by the University of Leeds for his research on appetite hormones and bariatric surgery.

Ian graduated as an Operating Department Practitioner in 1994. He has continued to train in this area and in 2004 completed a Diploma in Advanced Surgical Practice at Huddersfield University and went on to complete The Royal College of Surgeons Basic Skills course. He is a surgical first assistant for the Leeds General Infirmary, where he has worked since 1981.

Ian specialises in laparoscopic bariatric surgery, upper GI and cholorectal surgery. He has been the first assistant in over 500 bariatric cases and 50 colorectal pouch procedures in the UK.

James graduated from the University of Cambridge with a degree in Medicine in 1996 and is trained in cardiothoracic surgery and general surgery, specialising in bariatric and upper gastrointestinal tract surgery.  He is now consultant surgeon at Leeds Nuffield hospital.

James has developed specialist obesity practise utilising the latest advances in laparoscopic surgery for gastric banding, bypass and sleeve gastrectomy. In 2009, James was awarded a Clinical Excellence Award in recognition of his work in bariatric surgery.

Chris studied medicine at the University of Wales College of Medicine and qualified in 1993. After undertaking his junior surgical training in South Wales, Chris moved to Leicester and completed both senior surgical training and a higher degree in cancer research. He has also spent a year gaining specialist experience in Upper Gastrointestinal and Obesity Surgery in the University Hospitals of Leeds under the supervision of international experts in these fields.

He has been awarded the first British Obesity Surgical Society Bariatric Surgical Fellowship in the UK and holds a certificate in Laparoscopic Obesity Surgery from the European School of Laparoscopic Surgery in Brussels. Chris gained expertise in laparoscopic gastric cancer surgery during his time in Leeds and by visiting the Cancer Institute Hospital of the Japanese Foundation for Cancer Research in Tokyo.

The Biomed Research Unit at University hospitals of Leicester, which Chris is a part of, has recently gained a grant worth 5 million pounds to investigate diabetes. Chris also lectures locally for University of Leicester MSc courses and nationally as part of the Pioneers in Diabetes program.

John Griffith is a Consultant Colorectal and General Surgeon at Bradford Royal Infirmary and the Yorkshire Clinic. He specialises in colorectal surgery including inflammatory bowel disease and functional disorders, as well as laparoscopic general surgical procedures including cholecystectomy and hernia operations.  He also performs surgery for the whole range of proctology.

John qualified from Nottingham University in 1985 and undertook his junior surgical training in Sheffield.  He moved to Leeds and completed his higher surgical training under the tutelage some of the country’s leading laparoscopic surgeons including Professor Mike McMahon and Professor John Monson.  He also spent a year gaining specialist experience in colorectal surgery at the Singapore General Hospital under the guidance of Professor Francis Seow Chien.

John is also the national clinical adviser for colorectal cancer to NHS improvement.  He has pioneered survivorship work both local and as the national lead.

Romain Pizzi, BVsc, Msc, DZooMed, MACVSc (Surg), FRES, FRGS, MRCVS, is the only veterinary surgeon in the UK to specialise in minimally invasive keyhole surgery for wildlife and has had strong links with SI for many years helping drive awareness of Surgical’s MIS products.

Romain has previously worked in veterinary private practice, academia, and numerous charities and NGOs developing MIS in domestic and exotic animal species since 2006. Romain was the first vet to ever perform keyhole surgery on a reindeer at Edinburgh Zoo in 2009, using surgical instruments donated by SI. He is a veterinary surgeon at the Royal Zoological Society of Scotland, Edinburgh Zoo, as well as at the Scottish SPCA’s (Society for the prevention of Cruelty to Animals) National Wildlife Rescue Centre, and is a Special Lecturer in Zoo and Wildlife Medicine at the University of Nottingham.

Romain brings with him great knowledge of the Company’s laparoscopic devices, especially the innovative 3mm instruments, having performed over 600 keyhole MIS procedures on zoo and wild animals. He is a talented natural speaker and communicator having presented for the BBC and Discovery’s Animal Planet channel, and spoken at several UK surgical conferences where he has passed on his understanding of SI’s MIS instruments to other surgeons working in human healthcare. Romain will provide SI with substantial PR opportunities moving forward.

Henrik Steinbrecher, BSc, MB.BS, FRCS, MS, FRCS (Paeds), is the first Consultant Paediatric Urologist to join the UK CAB at SI. Henrik is currently a consultant at Southampton University Hospital NHS Trust where he has been a consultant since 1998.

SI’s focus is to expand into the paediatric market this coming year with an advanced range of innovative 3mm laparoscopic devices for ‘Ultra’ MIS, which can be used in all areas of general surgery, especially MIS in children. Having Henrik on the CAB will help SI’s strategy in further development of their innovative products. 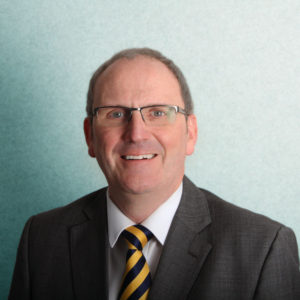 Nigel qualified as a Chartered Accountant in 1983 spending eight years with PwC before moving into industry.  He managed the flotation of Stadium Group plc (“Stadium”) as Group Finance Director, before progressing to Group Chief Executive Officer in 2001. He joined 600 Group plc as Group Chief Executive Officer in 2012 and led the turnaround of the AIM-quoted global machine tool business (Colchester-Harrison), increasing strategic focus on the growth of its laser marking business (Electrox) until April 2015. Nigel has been Non-Executive Deputy Chairman of Transense Technologies plc, the AIM-quoted provider of sensor systems, since July 2015.  Nigel was appointed Executive Chairman of Surgical Innovations Group plc in October 2015.